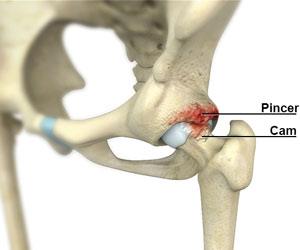 The hip joint is a ball and socket joint, formed by the upper rounded end (head) of the femur (thigh bone) that articulates with the cavity of the acetabulum in the pelvic bone. The smooth surfaces of the femoral head and acetabulum allow smooth movement of the hip joint. Occasionally, the acetabulum and/or the femoral head may have bony irregularities due to disease, overuse or growth abnormalities, and is called femoroacetabular impingement (FAI). This can cause damage to the cartilage and tissues that border the articulating surfaces, resulting in pain and limitation of movement. FAI associated with the acetabulum is called Pincer impingement. An acetabuloplasty is a surgical procedure that corrects Pincer impingement and is indicated when conservative treatments fail to relieve pain.

Acetabuloplasty is usually performed by arthroscopy, a minimally invasive technique in which a camera and miniature instruments are inserted through small incisions over the hip to reach and correct abnormalities in the acetabulum. The over-coverage, or pincer lesion, is trimmed with a burr and the acetabulum reshaped to facilitate normal hip movement. The re-sculpting is often subtle, typically requiring only a few millimeters of resection. Any labral damage is also repaired. The incisions are then sutured.

Complications with acetabuloplasty are rare, and may include nerve damage, bleeding, over- or under-resection of the abnormalities. Over-resection is among the most dreaded complication, as it can lead to iatrogenic instability and is not easily corrected. 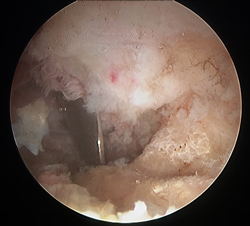 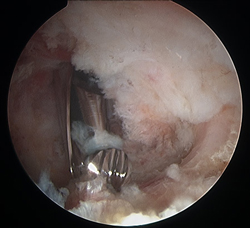 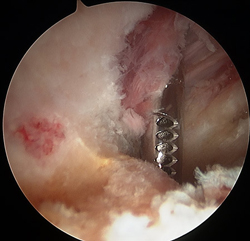 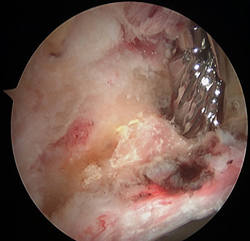 Acetabuloplasty completed to correct pincer lesion. Patient successfully returned to yoga and pilates with no pain or dysfunction 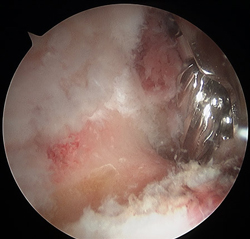